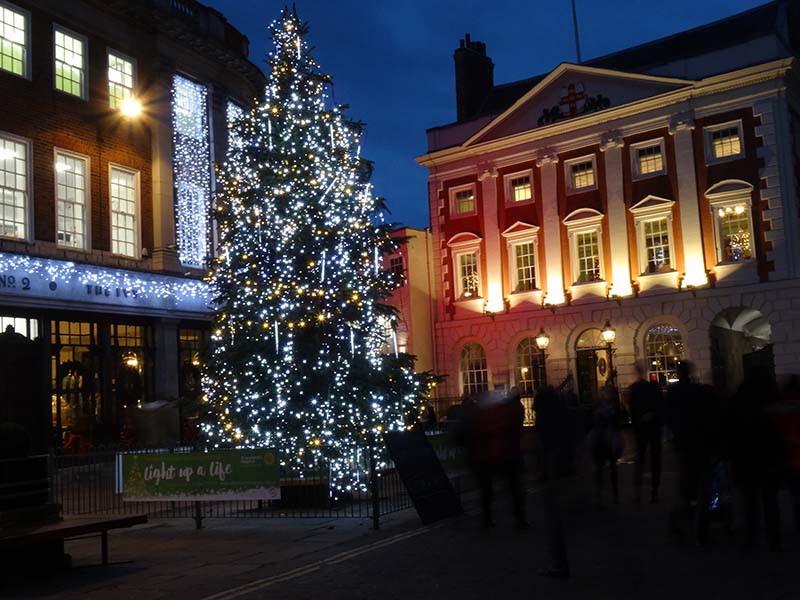 SOME 160,000 lights will adorn York’s historic city walls, in a “magical” display this winter. Organisers say the city will be awash with lights creating a beautiful and magical atmosphere.

For the second year, York’s four historic Bars will be lit with thousands of tiny twinkling white lights from mid November up till Christmas, and then through to the end of February.

York Business Improvement District (BID) and tourist board Make It York have joined forces to roll out what they say will be the city’s best ever winter and Christmas lights display, and new plans this year will see Lendal and Ouse bridges lit up as well.

BID director Andrew Lowson said: “The winter months are a vital time of year for local businesses and the tourism industry. “York’s Winter Lights and new Christmas Lights are part of our commitment to enhancing the inviting atmosphere and will be a must see for residents and visitors alike.”

The plans will also see 100 four foot Christmas trees and 25 real trees lit up and dotted around the city, while the traditional Christmas tree switch-on in St Helen’s Square will take place on Thursday, November 16.

The Lord Mayor of York, councillor Barbara Boyce, will be joined for the switch-on of St Leonard’s Hospice “Light up a Life” Christmas Tree by panto stars Berwick Kaler and Martin Barrass, BBC presenter Clare Frisby and the Lucy Mclean Choir.

Visit York boss Sally Greenaway added: “York’s new lighting will create a really special atmosphere in the city. It will be wonderful to see York lit by thousands of tiny white lights.

“The Bar lighting means that whichever gateway you pass through into York, you’ll see these beautiful structures in all their glory. We hope visitors and locals alike will enjoy them this winter.”

The lighting has been designed by Gala Lights, and the company’s managing director Christopher Stille said it should complement the city’s history and stretch into previously unlit areas.

Make it York’s Steve Brown said: “This is a really good example of Make It York and the BID joining together and pooling resources to create a much better Christmas experience for the city.”

The traditional York St Nicholas Fair is running again, and will be open every day until 6pm and until 8pm every Thursday, Friday and Saturday up until 22 December.

Colour and animation for magical lights this Christmas
March 15, 2021

Harrogate’s Christmas lights will shine brighter than ever this year with new scheme from Gala Lights
September 24, 2020